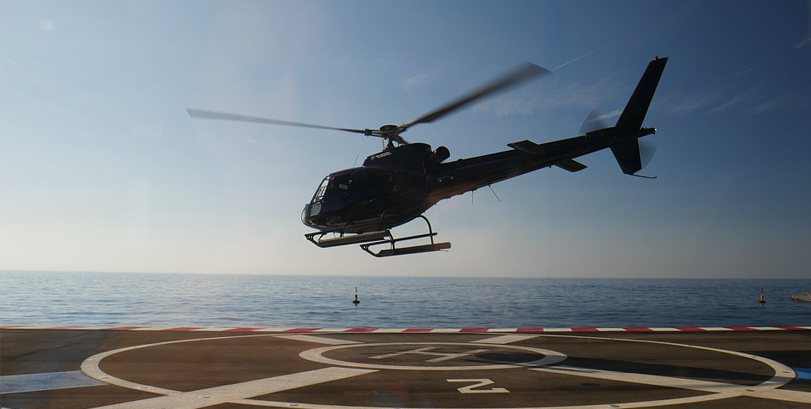 Helicopter landing operations on ships are dominated by the expectation that ship motions will stay inside operational limits for a given time. For naval ships, the main criterium is the touchdown conditions. The minimal duration of an operational window is expressed in tens of seconds. The assessment of this expectation is done by the landing officer on the helideck who guides the aircraft. He assesses the probability that an operational window will present itself a period some 2 minutes ahead in time before calling the helicopter on the final approach. This is done based on a personal (subjective) assessment of the history of vessel motions and mostly visual observation of wave and weather conditions. In the final approach he is then outside, typically looks downwind in continuous eye contact with the approaching helicopter to time the exact moment of touchdown. The helicopter is then hovering awaiting the go-ahead to move above the deck when a 10-30s period of lighter motions are expected. Hovering is putting high demands on pilot and aircraft so should not take a long time but around a minute. Once above the deck, the helicopter is landed at the earliest suitable motion crest.

Three choices are taken in the process. Each based on an expectation.

The question we would like to pose refers to the second of the two choices. The landing officer on the deck typically follows a counting approach. Based on his experience and his perception, he counts typical group length of wave crests, decides if group crest heights are decreasing, and then estimates if operational conditions will be met after the next 2 or 3 waves. If so the helicopter is moved in and the actual landing phase starts.

Our question is if a mathematical approach may be followed to assist in this process. The first question is how operational windows in sense of quiescent periods are distributed as a function of the typical ship- and wave- conditions. How could these be extracted from available measured data as ship motions and (less easy measured) wave conditions?

The second question is if an actual predictor for an imminent quiescent period can be formulated based on the short-term historic motion response of the vessel. This would be a mathematical mimic to the subjective assessment of the subjective counting approach by the landing officer. So instead of surfers waiting for the perfect wave in groups of seven based on legend, could we recognize such a pattern in data, and wait for the lowest group instead of the highest?