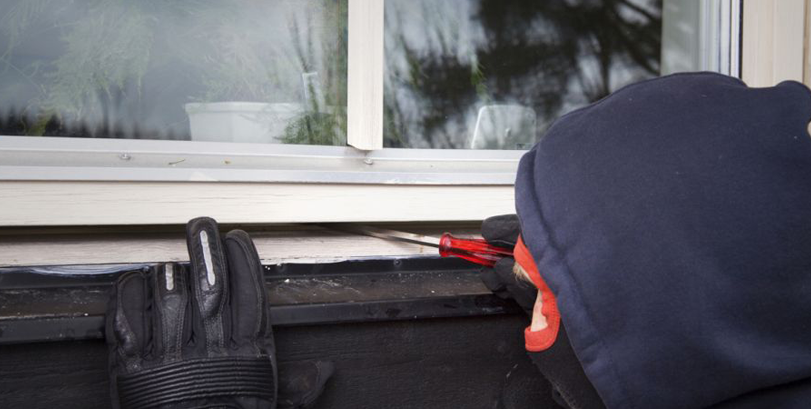 From the Nederlands Forensisch Instituut there are two related problems, one about so-called tool marks and the other about shoeprints. Toolmarks appear when at a burglary a tool (a screwdriver or crowbar) is being used to break a door or window open. This tool leaves a mark: in the doorpost for example a mark or scratch is made, a tool mark. It is also possible that at the place of the crime of for example a
murder, burglary, or bank robbery a shoeprint is found. 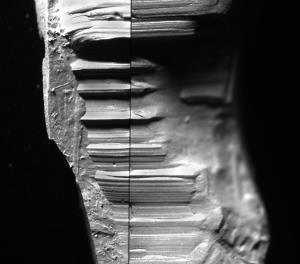 A comparison of a trace of the crime scene (left) and of the tool of the suspect (right).

In forensic matters and criminalistics, these traces or marks are being used. With a special substance, the marks can be preserved up to the finest detail. When later on the police finds a suspect, they can check whether tools or shoes of the suspect could have left these traces. The traces from the place of crime can be compared to test traces of the tools or shoes of the suspect.

The question for the study group is to determine the chance that the trace found on the place of crime is made by the tool or shoe of the suspect. In other words, to design a probability model. More detailed descriptions for the toolmarks and shoeprints are available in Dutch. 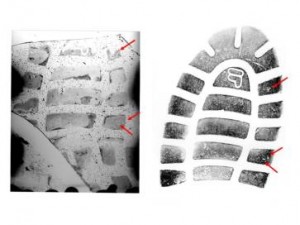 The traces of a shoeprint found at the crime scene