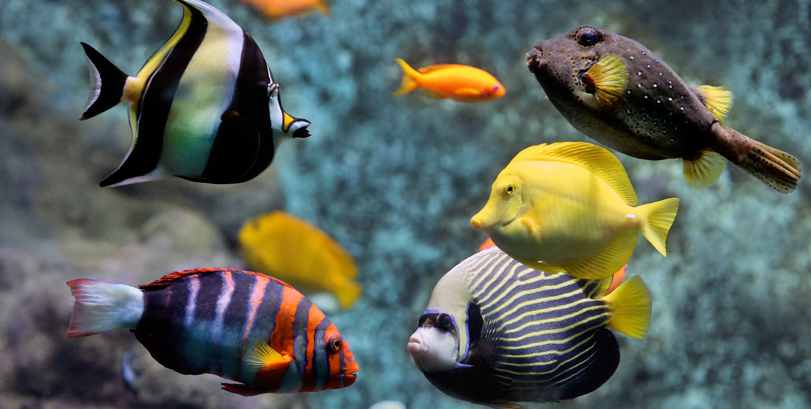 The Artis Zoo has a problem in its Aquarium and in the adjacent Zoological Museum.

Situation
Part of the Aquarium is a corridor that contains so-called mammoth tanks which measure 5 by 2.5 by 20 meters and are filled with water. Because of the tropical fish inside, the water should have a temperature of 24 degrees Celsius. As there is not much daylight, a dozen lamps have been placed just above the aquarium to make sure the fish inside are visible. However, these big lamps produce a lot of heat.

Problem
When the outside temperature reaches 25 degrees in the summertime, the temperature in the corridor containing the mammoth tanks increases up to 30 degrees. The water itself becomes 27 degrees, which is too much for the fish inside. In the neighborhood of the lamps, the temperature rises to 40 degrees. Just under the roof sometimes temperatures of 60 degrees have been measured.
The museum, adjacent to the aquarium, is suffering from heat as well: a lot of objects (like stuffed animals) are no longer allowed to be displayed. There are some fans, but these can not do the job, especially not if doors are opened to fight the heat.

Question How can we change this situation with a minimum of cost and inconvenience for the visitors, employees, and fish?