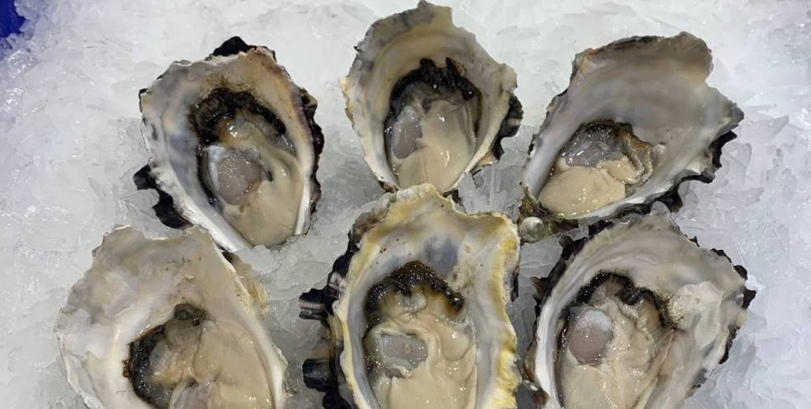 Why are Pacific oysters a problem?

One of the main problems in the Eastern Scheldt concerning the expansion of Pacific oysters is the potential interaction with commercially exploited species like cockles, blue mussels, and cultivated oysters. Wild Pacific oysters can compete with these commercial species for food and space. Next to potential commercial losses due to a decline in shellfish quality, this competition for food and space can also affect the food availability and food quality for water birds, who mainly feed on mussels and cockles.

We would like to develop a model that can answer the following questions:

Although the expanding distribution of Pacific oysters in the Netherlands has been recognized as a possible problem, an oyster survey was not conducted until 1999 when RIVO performed an oyster survey in the Eastern Scheldt. In order to reconstruct from the situation in the past, aerial photographs of 1980 and 1990 were contributed by RIKZ and used by RIVO to identify oyster fields. Together with the oyster map of 2002, they give an impression of the development of intertidal Pacific oysters in time and space.

The Eastern Scheldt is situated in the South West of the Netherlands. It is a former estuary. After the storm floods of 1953, the Delta Project started, in which the Eastern Scheldt was isolated from river input by dams, and a storm-surge barrier was built on the seaward side of the estuary. The construction of this storm-surge barrier took place between 1979 and 1986.

Pacific oysters have separate sexes. First, they develop as males, later in their lifetime they function as females. Oysters spawn (= process
of releasing eggs and sperm into the water) from their first year on. Spawning occurs in July and August.
Conception takes place in the water phase. The concepted egg cell develops into a larva within one day. These larvae live and grow in the water phase for 15 to 30 days (pelagic period). During this period they can travel large distances, depending on the current velocities and direction. After the pelagic period larvae drop from the pelagic (water) phase to the bottom (spatfall) and try to find a suitable place to settle. Oysters prefer hard substrates on the bottom, like rocks and stones. However, they can also settle in soft, sandy sediments. Settled oysters grow from April to October, with maximum growth occurring in June. The maximum age Pacific oysters can reach is still unknown, but they seem to reach the ages of 20 to 30 years.

Oysters are filter feeders, which means they filter the seawater and select particles they can use as feed. Algae are the most important source of food. Food activity is defined in the clearance rate, which is the volume of water cleared of particles per time unit. Clearance rates of Pacific oysters are well researched, and depend on a large number of variables. Average clearance rates from several studies vary between 2 and 10 l/h/g.