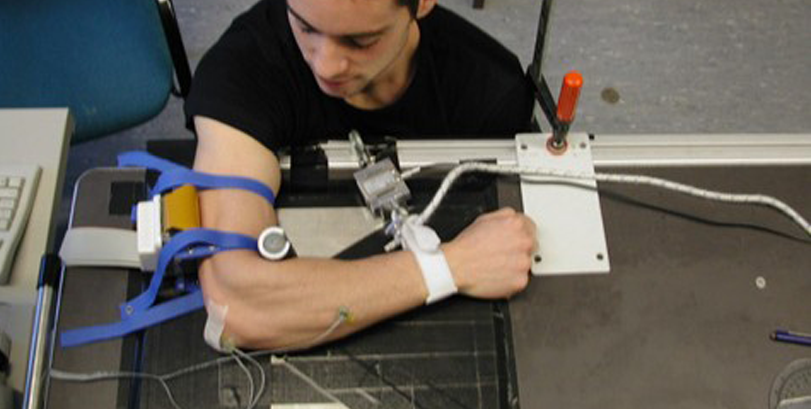 Being recorded at the skin, a surface electromyographic signal (sEMG) reflects the electrical activity of an underlying muscle (or group of muscles). Hence, sEMG offers a fairly simple, non-invasive way to assess the activation of superficial muscles. The signal is an integral measure summing action potentials of many motor units, i.e. groups of muscle fibers that are innervated by a single nerve fiber. The biophysics involved in the production of the motor unit action potential can be considered well understood and there is wide accord regarding basic ingredients for the corresponding modeling. Mathematical models are typically designed to support the application of
sEMG in fields like ergonomics, biomechanics, and kinesiology. They primarily serve for identifying which muscles are involved in certain performances, determining the strength and timing of muscle activity, or monitoring the muscle’s physiology during different activities. In this sense, models are used to relate physiological and anatomical parameters to global variables like mean intensities and power spectral distributions, that is, coarse-grained variables of sEMG that are assumed to reflect a muscle’s overall state.

Recently developed, rather sophisticated techniques, however, allow for much more fine-grained experimental approaches: high-density sEMG provides a detailed spatial resolution by using large arrays of electrodes when recording muscle activity and gives thus the opportunity to analyze the development of the spatially extended activity of the muscle. The corresponding spatiotemporal patterns display both traveling solitary waves along the direction of muscle fibers and diffusive spreading of electric activity either due to cross-talk between neighboring muscle fibers and/or because of volume conduction (passive conduction through the surrounding tissue). 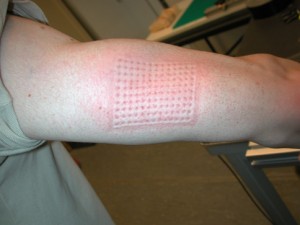 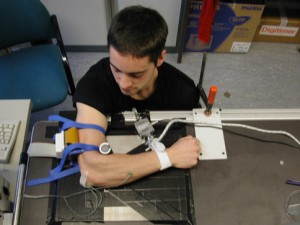 The question arises to what extent traveling waves and diffusion patterns can be pinpointed given fundamental physiological and anatomical properties. If such a relation can be deduced, then one can continue asking how measurement conditions and models should be adapted to maximize the information content of the parameters in these models. 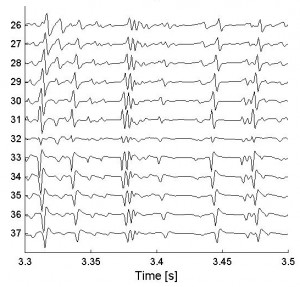