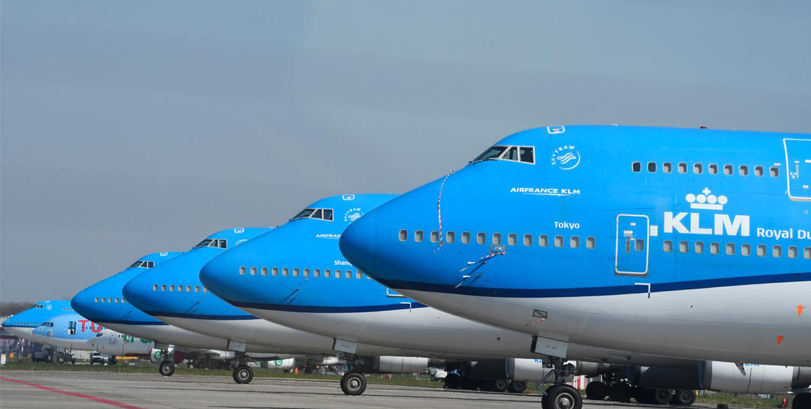 The cabin crew of KLM receives a new roster every week, which shows their assignment for the next several weeks. A typical flight assignment consists of several days of duty followed by a number of days off. Such a combination of duty time and free time is fixed for each type of flight and is called a flight cycle.

Illness, short-term commercial changes, and problems on the day of operations may cause flight assignments to become disrupted. In order to handle these disruptions, reserve duties are rostered in-between regular activities. The reserves can take over duties that have become vacant.

Currently, a reserve assignment consists of five consecutive days of stand-by duty followed by two days off. When a flight is assigned to a reserve, the entire flight cycle is assigned to the crew member. It often happens that the flight cycle consists of more days than the remainder of the reserve duty. In that case, the crew member will no longer be able to perform the assignment following the reserve duty. Such a secondary disruption can usually be assigned to crew members that report on duty after sick leave, but several disruptions will have to be resolved by assigning them to other reserves. This knock-on effect will continue until a disrupted flight occurs outside the period which was already publicized to the cabin crew.

To solve this problem, at least partially, one could consider varying the number of consecutive days a stand-by block consists of. This could have a positive effect on the number of secondary disruptions. This in turn could influence the total costs of roster maintenance and also the satisfaction of the crew members, who generally dislike stand-by duties in the first place.

Another issue to be considered is the total number of blocks that should be planned each week. The number of reserve duties should be sufficient to resolve all, or at least most, of the disruptions. This number will depend on the choice for the length of the blocks and the need to secure the operation.

Question: could a model be devised that would optimize the reserve duty strategy?